Ambit or Fenix as Ultra-Trail watch

This is not intended as a review for either one of the two GPS watches the Suunto Ambit and the Garmin Fenix but rather my personal pro and con list how well they are suited for me as an ultra runner.

For review and more stuff about GPS watches a good place to look for is at http://www.dcrainmaker.com.


As of today (2012-08-23) the Fenix is not yet available and an announced but crucial update for the Ambit is still to be released.
The original Ambit does not allow for course navigation as it is known from the Forerunner series. That was one reason for me not to buy an Ambit so far. In my following list of pros and cons on the two watches I take into account the fact that Suunto announced an update that will get this feature (breadcrum course navigation) into the Ambit (together with support for ANT+ devices so one could use Garmins HR belt). It is yet unknown how many trackpoints would be supported for any given course. The Forerunners as well as the Fenix allow up to 10.000 trackpoints (yes this is important to know).


Lets step through the important features ....

Both offer up to 50 hours operating time with GPS enabled. On both watches it seems there's only two settings for the recording interval (something in the range of 1sec and 60sec). This of course will effect total time of operation ranging from about 15-16 hours with max numbers of GPS locations recorded or the before mentioned 50h at 1 minute intervals.
For me I would like to see that this setting is further customizable by the user e.g. in the range from 1sec up to 5 min. in lets say 10sec increments. With this I can decide myself on track accuracy vs. battery life.
Ambit +1
Fenix  +1

Only time will tell. From the specs and reviews it might look the same or at least very similar. I just have some awkward feeling about this when I think about my Forerunner 910XT. Some readers are probably aware of the fact that Garmin just screwed up on that feature with the 910xt and still have no fix for it. I find this particularly bad because this just works on the FR305 and I really don't  understand what the heck they tried to improve here!
Anyways to me another standoff.
Ambit +1
Fenix  +1

One of the features that I really wanted was a barometric altimeter. If you look at the elevation profile recorded by an FR 305 you know what I mean.
And in addition I wanted to have the accumulated ascent at hand. This is again something the 910XT is suppose to have ... but again this does not work as expected. As the Fenix is not yet out it's difficult to make a statement here. But dcrainmaker who actually has a unit for testing reported that Garmin is still doing hardware changes (and a lot of firmware updates). One hardware issues was related to barometer function. So let's just hope they do it right this time.
Suunto on the other side is very well know for very accurate elevation measurements on their watches (even without any GPS calibration options...maybe that's the reason?).
So In terms of barometer and at this stage I would include compass and temperature as well I would think that Suunto might do a better job.
Ambit +1
Fenix  +0.5

The Fenix is announced as an outdoor watch that should combine functions from their GPS navigation devices (like Dakota, eTrex, or Oregon) and stuff you find on a Forerunner (without multisport support). The Ambit offers a good set of functions including the training effect algorithm and ability to store RR-intervals (used to further analyze how good your training is, how well you are recovered, ...). This is the same thing as the 910XT has but it is said that the Fenix will miss quite some of this functionality. This means the Fenix would have very limited options to support a certain form of training but it does support heartreate monitoring in general.
Ambit +1
Fenix  +0.5

I'm a Linux user. It's like that ... I do have one harddisk where I can boot some Windows XP but it's slow and outdated. And besides putting courses or firmware updates on the 910XT I really do not have any need for it at the moment.
So it is very important to me that I can have any kind of tool available to at least do basic stuff like downloading my runs from the watch.
This works with FR305 and FR910XT (yeah with 910xt there are still limitations)
So here the information that the Fenix offers USB connection is very promising. As long as the watch would act as e.g. a mass storage device or something under linux. So it would simply be a matter of mount and copy to get activities from or to the watch. However it is not yet confirmed that it will work this way. I know there's an option to store tracks as FIT files or GPX.
Suunto afaik requires a windows application and movescout account. But there're also stand-alone tools that can download tracks from the Ambit but again Windos or Mac only ...
With the Suunto update coming along at least it should be able to use any kind of ANT+ devices to connect to it. Not sure if that would help in track downloading.
The Fenix, in addition to ANT+, has BT 4.0 (Bluetooth low energy). Not sure yet what features initially will exploit the BT stack but the options seem endless. Just consider the ability to use it as a bluetooth GPS mouse and connect to PC/Laptop or any mobile device not yet equipped with GPS, I think this is rather cool.
Ambit +1
Fenix  +2

Ambit:  5
Fenix:   5
This currently matches my feelings about those two devices. If I had to choose one now I really do not know which one to go for. So far I was very happy with Garmin and the FR305. The 305 had issues and I had it replaced twice and got a brand new device. But with the 910xt disaster (yes that's what it is to me) my opinion on Garmin slightly changed.
But I would like to at least wait for the in-depth review of it from dcrainmaker and probably wait until there's some feedback in the forums.
Same holds true for the Ambit. I have to wait for feedback from users how well the announced update really works and if the course navigation is comparable to the one on the Fenix.


I'll probably update this once I have further information ...
Posted by andreas at 2:47 PM

What do you need? 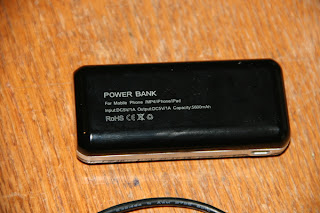 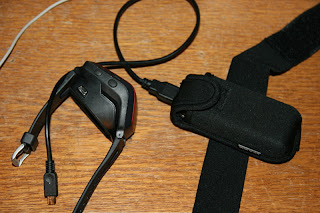 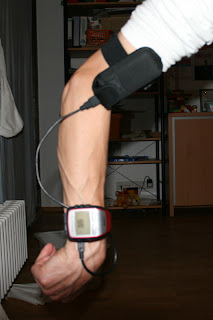 I just stumbled across this link:
http://www.jimandkatrin.com/CodeBlog/post/Forerunner-305-Battery-Replacement.aspx
This seems pretty cool, so you basically can replace the complete battery and insert some with higher capacity.
Once I have found adequate successor for my Forerunner 305 I might give it a try ;)
Another link describing on how to replace the battery on the 305 (in German):
http://perpetuum-mobile-triathlon.blogspot.com/2011/12/garmin-forerunner-305-akku-wechseln.html.

NOTE: would rather not remove the protection circuit from an Li-Ion battery (if it fits the housing)! This does prevent the battery getting destroyed if voltage drops below 3V or so. If you intend to replace the battery to increase runtime, which means you install a battery that has a better capacity then the installed 720 mAh then it's likely you would run with the watch until it turns off because of an empty battery. In this case you should not remove the little circuit from the battery (Only do this if you're able to recharge before the battery is completely drained)!
Note 2: I think there's no Li-Ion cell with attached charging circuit (looking at the bare cell)? So in any case charging is done by the device, so it holds true that this circuit is not required for proper charging of the battery when put inside the Forerunner.

Let's get ready to ruuuuuumble ...

This is the battle between my new Hoka One One - Bondi B Low and the New Balance - Minimus Trail 00.
First off there's already reviews out there e.g. on iRunFar.com. For the Hoka you may want to read this or for the NB Minimus this. 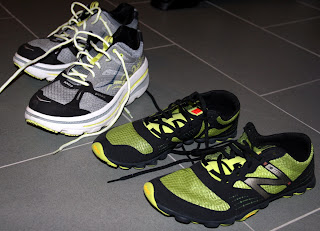 As for the Hoka, now after two runs with them (25k road only and 30k including roads and single-trails of different surface) I think this pretty much matches what was said by Travis Liles in his video review.
After getting more and more into minimalist running I had my doubts about such bulky and high shoe. But after a lot of positive reactions from other ultra runners I felt I give it a try (In my area Boeblingen, Germany you can get them at Kona Sports, Gaertringen). Again, watch the video review, I can only repeat what was said. I do had the feel that they are a bit too high and less stable because of that. But I think I got used to it. I ran a few downhill trails with some roots, rocks, and such and felt good. I cannot tell anything how good they are on mud but I think they will have their limits. At least Hoka is coming with a Trail version of this shoe. And I do think they do aid recovery. That was two runs within three days and I do not feel the distance. This is different if I do this in "barefoot" shoes.
And I want to add that I personally feel that this is not a "fast" shoe but a "go far" shoe. This probably comes from the big amount of cushioning of the shoe such that if you try to run very fast your force is simply absorbed by the shoe instead of bringing it in the ground and brining you forward. So I think I would not wear the Hoka in order to beat my PB in a city Marathon but maybe I should give it a try ;)

I just ran a 100 miler which is mostly forest roads, paths, or ways and trails. And it did again prove right on what was already said, this is a long distance shoe! And you definitely have less pain in the lower legs an even keens during and after the run. I mean don't get me wrong 100 miles do hurt no matter what but I felt fresh for a longer period of time. And not too crappy on the next morning(s).


Honestly I did not had real chance to test them out. However they fit well, the outsole seems to have some good grip. A little bit of walking through the city was an interesting feeling. They do not have the same contact to the ground as for example the Vivobarefoot Evo, that probably comes from the outsole having some "bigger" tread pattern. So they to some extend still have a little bit of cushioning. But you definitely have to wear them on trails and not on any road.
Now I did some easy runs including trails any can say that they just work.
This means you get what you pay for a good, light, and minimal trail shoe. I will not put it on to go for an 100 miler (at least not at this point in time) but it has some good grip on terrain with loose gravel for example. Could not test on mud as there's now rain here for a while ;)
I will update this once I have used them and have the time to do so.

Email ThisBlogThis!Share to TwitterShare to FacebookShare to Pinterest
Labels: Bondi B, Hoka, Hoka One One, Minimus, New Balance, trail running